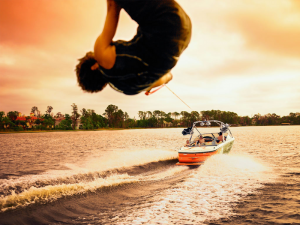 Informational visitor guide to the California Delta boat rentals and it’s water ways.  This unique array of lakes is an estuary which acts as the funnel for a drainage basin covering thousands of square miles of California’s land.  The California Delta is popular for houseboating, jet skis, camping, touring, waverunner, water skiiing, and wakeboarding.  The lake ultimately flowing into the Pacific Ocean, runoff moves through, and into, the delta from several major mountain ranges, including virtually the entire western flank of the Sierra Nevada, the southern reaches of the Cascade Range, and the eastern flanks of those parts of the Pacific Coast Range that border California’s Central Valley.

History about the Delta include thousands of years, huge swaths of the delta flooded regularly with every spring melt, and the delta represented one of the largest estuaries on North America’s west coast.  This array of water ways makes it the perfect spot for adventure seekers, and family boating experience starting in the late 19th century.  Serving all marinas at the Delta with watercraft rentals and charters.